By JOHN NOLAN
Reprinted from Fosters.com 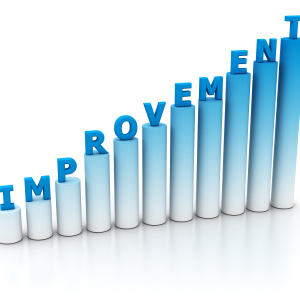 DOVER — “There are still too many foreclosures, but there is a slight improvement,” said Strafford County Registrar of Deeds Leo Lessard, looking over real estate activity for the first half of 2012.

In the January to June period, this year, there were 2,508 mortgages spread across the county, compared to 2,064 in the same period last year. Every town and city, with the exception of Middleton, has shown a marked improvement this year over last.

Deed activity, whereby property changes hands without the new owner having to resort to a mortgage, also grew in Q1/Q2 compared to last year, particularly in Rochester, where foreclosed property is most numerous.

Rochester still leads the foreclosure table in the first half of this year, with a third of all foreclosures in the county — 61 out of 183.

“Until foreclosures clear up, I don’t think we’ll have a significant turnaround,” said Lessard, explaining that foreclosed property often goes on the market below its appraised value, which keeps housing prices “soft.”

He attributed much of the increased mortgage activity to low mortgage rates and people, who qualify, refinancing their home mortgages.

Nonetheless, income to the Registry of Deeds, derived from a percentage of the real estate transfer tax (the bulk of which goes to the state) is up in the first half of 2012 compared to last year. This has partly come about due to a particularly robust May.

“I wrote a check to the state for around $800,000 in May. That’s the first time in at least two years,” said Lessard, explaining that the real estate transfer tax consists of 1.5 percent of a property’s sale price. The county gets four percent of this tax, with the rest going to the State of New Hampshire.

The news of steady improvement is reflected in the activity of the greater Rochester’s largest real estate broker, Hourihane and Cormier.

“We have not had a bad first half,” said Bill Cormier. Comparing the available figure for 2012 compared to the same period in 2011, he noted that sales are up around 24 percent.

He also said that the number of residential listings his company has is up over the 90 mark at this time, and is fast approaching the old norm of around 100. It had previously dropped to between 50 and 60.

“Sellers are coming to grips with the market conditions,” suggested Cormier, who said that sales in Rochester are rebounding because the city “still has attractive pricing.”

Traditionally, the second half of the year is always stronger than the first half for Hourihane and Cormier.

“I hope this is the case again,” Cormier said.